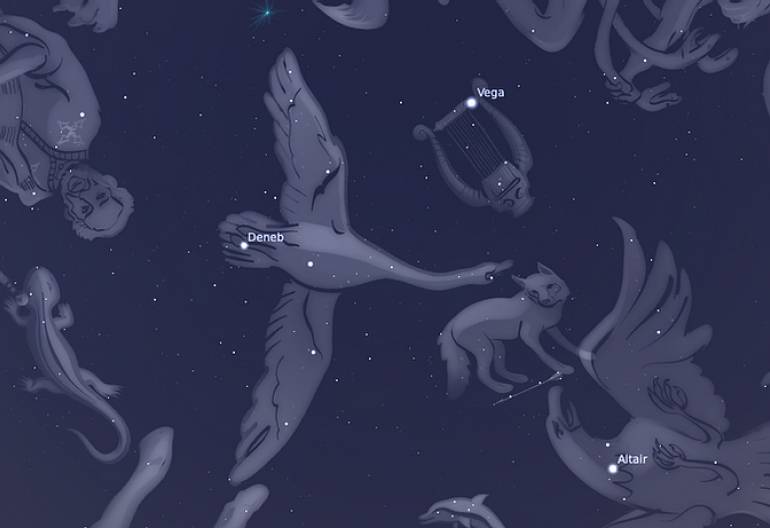 Mythology and Folklore can help you map the sky and learn our constellations above.

Did you know that just off the Wild Atlantic Way in Newport county Mayo, lies 4,000 star accommodation?! One of our favourite ways to get off the beaten track is to head for an overnight camp under the skies of Mayo Dark Sky Park – a great way to practice social distancing. Here we can still enjoy a magical view of the stars and share the stories of Irish mythology.

For those who can’t get to Mayo for the time being, we encourage everyone to “look up” and to reconnect with the natural night sky even during these challenging times. Here’s a couple of our favourite stories to tell the little ones and in the future we look forward to bringing visitors to Ireland’s only International Dark Sky Park on board our Starlight Express! Meantime we hope you’ll enjoy our photos taken this week of the legends in the night sky.

Grainné Uaile (Grace O’Malley) was Mayo’s famous Pirate Queen and known for her talents at navigating the islands and inlets of Clew Bay and along our wild west coast. At night time, we like to think we are following in her footsteps when we seek out the North Star at her former trading post, Burrishoole friary. From here we use it to guide us north into the Dark Sky Park. Grainné’s steely fortitude and stubbornness is represented in the night sky by another powerful Queen – Cassiopeia. She sits on her throne, looking like a giant M in the sky (for Mayo!) and circumnavigates Polaris, the North Star for all eternity.

Daithí Bán – the giant in the sky

As we viewed the constellation of Orion, we explore the legend of Daithí Bán – Mayo’s famous giant who roamed the Nephin mountains behind Ballycroy. Like Orion, he was a notorious hunter and whilst he enjoyed stalking deer in the wooded hills, he loved nothing more than the taste of fresh salmon and would often wade into the Atlantic to scoop them up into his giant hands………Daithí Bán’s adventures came to an abrupt end as he too, like Orion, was tricked to a watery grave. The gods cast his image into the night skies to be forever preserved – he appears from Winter to Spring over Wild Nephin Ballycroy National Park.

Following in Daithí Bán’s footsteps is the mythological creature the Dobhar Cú; or Water Hound. This fierce beast; half otter, half hound was tamed by Daithí Bán on his expeditions to the shoreline and continues to follow his master into the night sky. You can spot the collar on the neck of the hound….it is known as Sirius (the Dog star), brightest star in the sky and part of the Canis Major constellation.

Another classic constellation to look out for is Cygnus, the Swan. The storytelling significance for Mayo links nicely with the classic Irish tale “The Children of Lir”. As the story of the four children, transformed into swans by their wicked step-mother, weaves its way through time and place around Ireland, their sweet song calms all those who hear it. After spending their final 300 years on Inisglora, an island off the coast of Mayo, they are baptised by St Patrick before being laid to rest. Their bodies returned to human form and their souls set free ……turning into four twinkling stars to form the points of that cross in the sky. So now you know why this constellation is known as Cygnus the swan (:-).

Cygnus is best viewed from Summer to Autumn months. It is easy to find as its cruciform shape, also known as the Northern Cross, appears to be flying down the middle of the Milky Way. Cygnus also contains one of the brightest stars in the night sky – Deneb (part of the Summer Triangle asterism).

We are delighted to share the report on a project we ran in 2018, called Protecting Our Night Sky Heritage (link to pdf). Our objective was to connect people and place through the natural heritage of our night sky using storytelling. Through a programme of visits to National Schools, we collected traditions and folktakes associated with the night sky and used this for create a performance of storytelling for the Mayo Dark Sky festival.